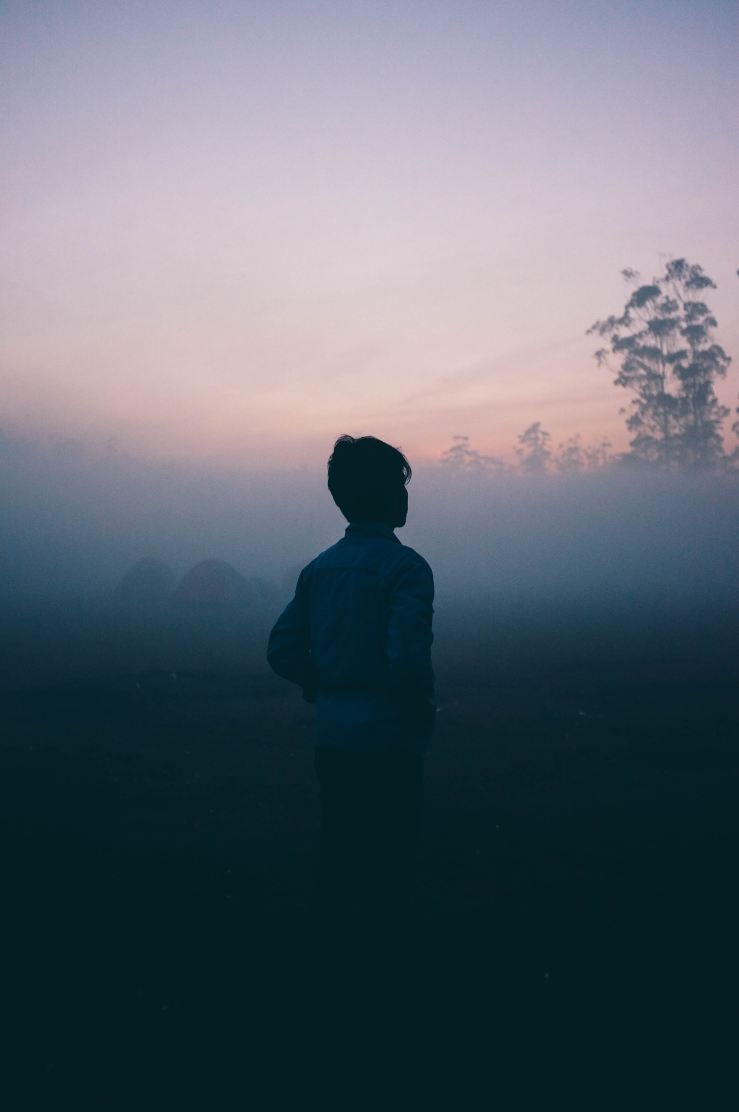 For as long as I’ve been a Christian, I’ve struggled with my assurance of salvation. As a writer and self-diagnosed chronic over-thinker, traveling down rabbit holes of thought and leaving no stones unturned is seared into my identity. I’ve approached my Christian walk with a similar investigative pragmatism which, when left unchecked, morphs into crippling doubt.

When I first started doubting my salvation, I thought the solution lied in more education. This sent me on a quest to consume every piece of literature on the topic including election, baptism of the Holy Spirit, apologetics, and every post ever published by John Piper. I read, listened, emailed, and googled. I approached assurance like it was a top-secret mission. A mission that if I just tried hard enough, I’d eventually crack the code to. But the more information I absorbed, the more I couldn’t contain the gnawing doubt about my standing with God. The more answers I accumulated, the more questions manifested; if I belonged to the Lord, why haven’t I experienced supernatural manifestations of His Spirit? Why are other Christians so sure they’re saved? Why does sharing the Gospel fill me with anxiety? And most concerning, why do I question if the Resurrection even happened? The so-called simple Gospel became a complex web of if-then statements from which I couldn’t free myself. The standards of the Bible grew overwhelming as the more I held myself up to them, the more I didn’t measure up.

I was a pastor’s wife and a ministry servant, but frequently wondered if I had gotten there by default. Had I simply followed the path my Christian upbringing and need for purpose and belonging laid before me without ever truly accepting Jesus as my savior?

I believe that one of Satan’s most potent weapons against the modern believer is not to lure them to another religion, but to convince them that religion is simply a cultural norm, coping mechanism, or a product of one’s upbringing. During particularly doubt-filled days, I frequently entertained such trains of thought but thankfully, God had another plan for me.

One day, during an unremarkable Uber trip in Cleveland, it all clicked. I was in town for a work conference while fighting a nasty cold. After a week of consecutive sessions, I was sick and exhausted. By the time I dragged myself into an Uber that was taking me to the airport, I was emotionally and physically drained. Typically, in moments of utter depletion like this, I’m attacked with feelings of deep inadequacy and discouragement. Discouragement over my abilities as a woman of God, a wife, and a stepmom. Inadequacy and uncertainly about my standing with God. As I sat in my Uber that sunny afternoon, I dissolved into a complete hot mess. I couldn’t help feeling like I fell short at everything in my life, but little did I know that in that moment, feeling utterly useless was where the Lord wanted to meet me. As I cried out in desperation, an image began to form in my mind. I pictured myself before God at my death, broken and bent down by the sheer weight of my sin. I couldn’t even raise my head high enough to look God in His eyes. I was deeply aware that I deserved nothing less than eternal separation from God for all the ways I’d failed Him. As I prepared myself to be to struck down in judgement, something beautiful happened. Someone stood in front of me, shielding me from the blow. It was like a movie when the hero jumps in front of the bullet, shielding the victim from death. The hero in my vision was Jesus. He took the blow that I deserved. Because of what happened at the Cross, He was able to stand in my place before the Father. And as simple and uncomplicated as this picture was, I realized that this was the Gospel – nothing more and nothing less. Every other facet of the Christian journey flows from this cornerstone of absolute truth. I had finally found my assurance in an Uber in Cleveland.

Many of us are guilty of complicating the Gospel by our own strongholds and carnal motivations. We live in a self-first age of instant gratification and information overload that deceives us into thinking that salvation is merely a concept or philosophy to master. We think that salvation is found within and not without.

In a world that says ‘there’s no such thing as a free lunch’, we can’t fathom not having to earn God’s love. In a society where social media serves as a gauge for how well we measure up, we compare our walk, our gifts, and our faith to those around us.

We believe that salvation requires an elite level of spirituality when all He asks of us is a mustard seed of faith. While good works, fruits of the spirit, and supernatural manifestations are certainly biblical, we often get the order wrong. We’re not saved according to how well we serve, how boldly we share the Gospel or how emotional we get during worship. Rather, those things happen because we’re saved. I got out of my Uber that day a different woman (and a lower rider-rating) than when I got in. I knew that I was saved because Jesus bore the punishment I deserved, and the only way that could be true is if He died on the Cross for me and rose again. Not because of a wealth of knowledge or doubt-free certainty, but through an imperfect faith that’s growing each day. If you struggle with assurance of salvation, stop desperately seeking, overthinking, and over-analyzing and rest in what Jesus did on the Cross because that is the Gospel – nothing more and certainly nothing less.

4 thoughts on “I Found My Assurance in Cleveland”